Though Canada is home to the world’s fourth-largest Jewish community, its Jewish population is still relatively small. Roughly 400,000 Jews – about 1% of Canada’s total population – make their homes in the Great White North.

Despite this, the Jewish community has had a profound impact on Canadian cuisine.

This list looks at five Jewish foods that Canadians eat every day. Whether you’re enjoying a burger, a grilled cheese, or a turkey sandwich, some things just aren’t complete without a side of pickles. The Jewish community’s love affair with pickles started in Eastern Europe in the Jewish ghettos. Long winters coupled with the scarcity of food made pickling an ideal option. Cucumbers were a cheap and accessible vegetable, making them a go-to option.

When Jews started immigrating to Canada from Eastern Europe, they brought their pickling skills with them. Many kosher delis would serve pickles as a side with smoked meat sandwiches as a palate cleanser. The trend caught on, and pickles are now a very common side dish.

The story of the bagel began in the Polish shtetl, where they were sold by many street vendors with baskets or hanging on long sticks. The circular shape of bagels is symbolic of the eternal cycle of life; there is no beginning and no end. They were traditionally eaten to celebrate new life or to mourn after a loss.

Our country is now internationally recognized as the home of one of the best bagels worldwide. It is up to you to decide which Canadian city truly has the best bagels. 😉

Montreal smoked meat is a cross between corned beef and pastrami, traditionally served on rye bread with zesty mustard. This meaty delicacy has been a Canadian favourite for hundreds of years. You can even find it as a menu items at many Costco locations across Canada.

The genesis of who introduced smoked meat to Canadians is highly controversial, but it is said to be Montreal’s first kosher butcher, Aaron Sanft, who began advertising smoked meat in the late 1800s.

Occasionally, a jelly-filled donut is good for the soul. According to the Encyclopedia of Jewish food, sufganiyot became the Chanukah food of choice in the early 1920s in modern-day Israel. Since they are difficult to prepare, the Israel labor federation saw sufganiyot production as a prime employment opportunity. The push to prepare and sell these Jewish delicacies started weeks before the first night of Chanukah, extending the holiday season and increasing work opportunities. The Chanukah treats are so tasty that before long there was demand for them year-round! 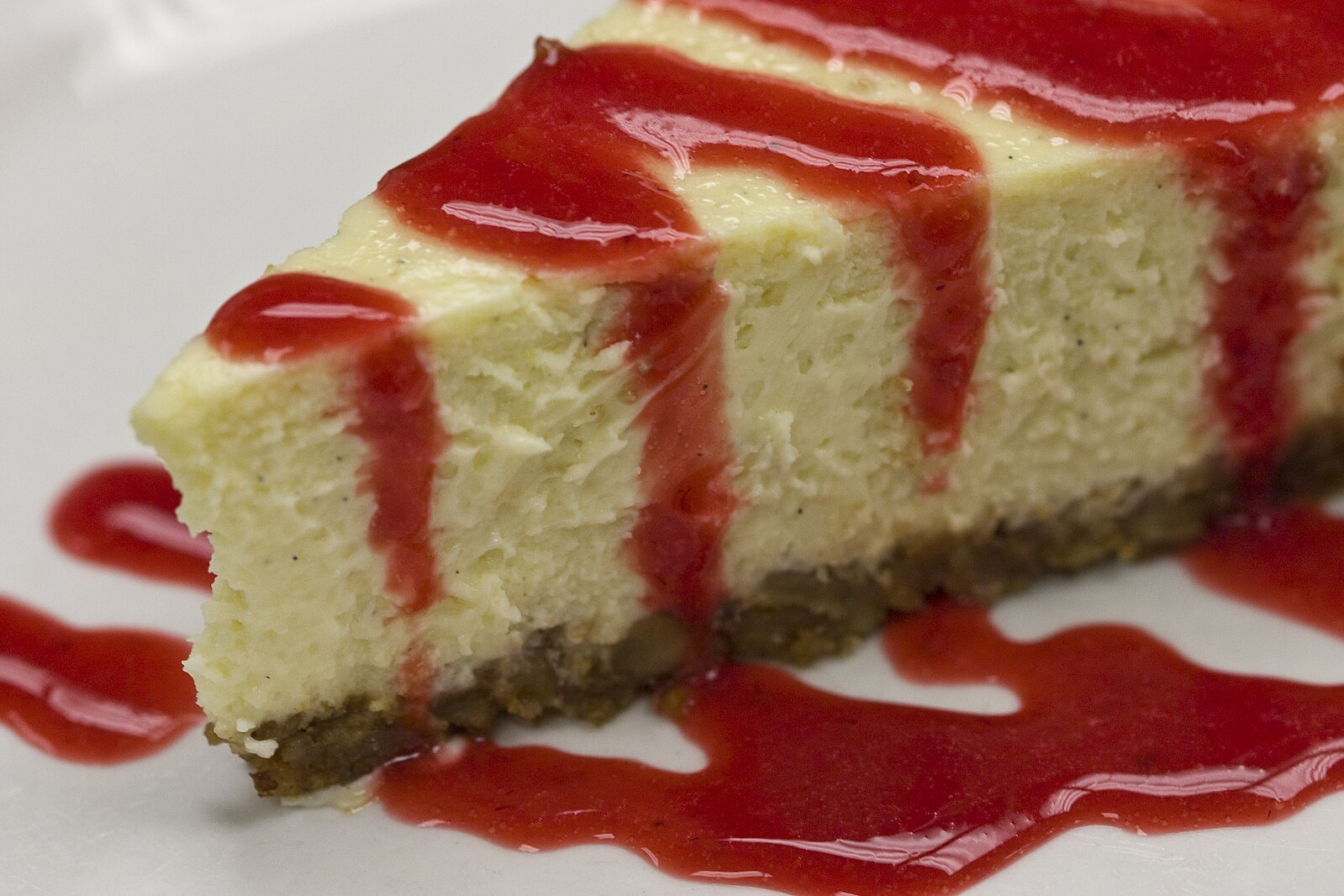 The history of cheesecake is heavily debated in the Jewish community. There are many opinions and little consensus.  However, according to Joan Nathan, author of the Jewish Holiday Cookbook, one popular theory is that cheese curds were first invented in the Middle East. From there, Mongols brought this recipe with them to Russia, where Russian Jews used cheese curd to prepare cheesecake. They later took this recipe with them when they began moving to Europe and North America.

Regardless of its origins, cheesecake is commonly eaten for the holiday of Shavuot, which celebrates the arrival of the first fruits of the new harvest and the giving of the Torah (Mosaic Law) at Mount Sinai. It is customary to eat dairy foods on this holiday.

Though you can debate the history of cheesecake, with cheesecake being a dessert option at restaurants across the country, you cannot deny how popular this tasty treat is among Canadians.